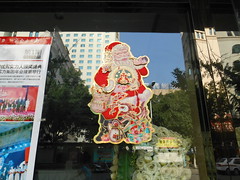 Every time itâs motherâs day, a mother sends her ping.

If you lost
your mom, you know what I mean. Just like the missing Malaysian plane, a lost mom will send her messages.

Her maternal homing device finds
you, to tell you to get your elbows off the table or not be so hard on
yourself.

My motherâs pings to each of my sibling are unique. To one sister, it’s the train.  To another, it’s a sale at JC Penney. To all of us, it’s hearing Claire de Lune or smelling a  Whopper Junior.

But what’s my unique ping signal from my mom?

Any and everything that has to do with Christmas.

In America, my mom’s pings would stop being
detected around February.


Here are some recent pictures I took of my mom’s perennial pinging around Kunming. 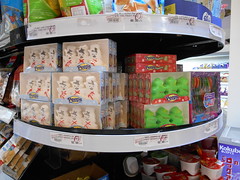 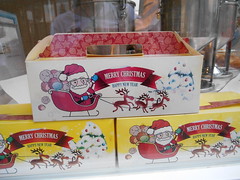 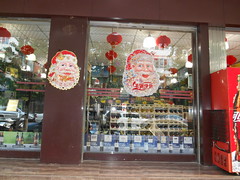 Dueling Santas at the import store 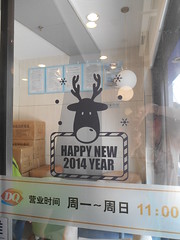 A rogue Reindeer at Dairy Queen 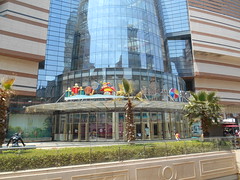 Look’s who’s on the rooftop at Nanya Fengqingyuan

What is your mother’s (other other past away loved one’s) unique ping to you? 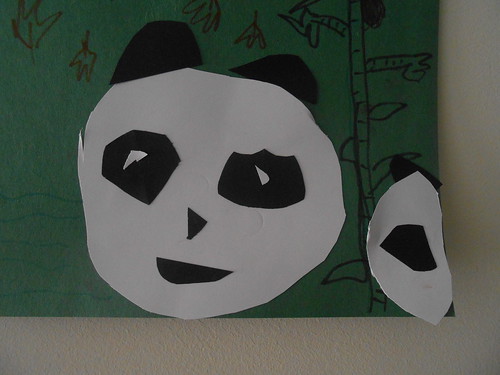 “White lady, why water full of sorrow flow from face?”
I was crying buckets in a mani-pedi place near our xiao qu and the Chenglish expression put corks in my tear ducts.

The Chinese landy handed me a Kleenex and I forced myself to smile.
“Xie xie,” I replied.
While Chenglish can be funny, caring words from native Chinese speakers can touch the heart in ways that a Hallmark card could not.

Take for instance, my friend Dou Dou. She’s a funky yoga instructor who is a blend of the oldest Chinese traditions and the funkiest new age fashions.
And the garlic breath of all of Naples.
We dinner last night and I broke news to her that I would be leaving Kunming in June.

“Your news gives me Panda Eyes!”
Dou Dou frowned.
“What are panda eyes?” I asked.
“Black eyes of no sleep.”
We both started crying, knowing that sad news brings tears, no sleep and dark “panda like” circles around one’s eyes.
Sad but true, I will be leaving the land of the weird, returning to the land of Costco and toilets seats this summer.
I don’t know for how long, but it’s giving me panda eyes.
Here are some pandas created by the little kids at our school. 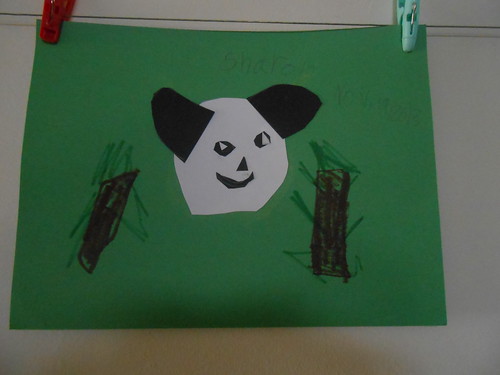 It’s been a year full of them, from the loss of a panda loving student in a helicopter crash to  another student leaving early for health reasons.
But one has to believe, just like the schmaltzy expression, “Every cloud has a silver lining”, “Every black eye panda has a smile.“ 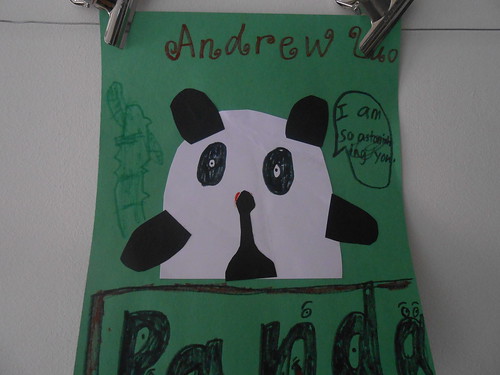 Well, at least according to Kunming kindergartners. So when I ask my nephews what Chinese words they want to learn, of course, their educated brains go right in the gutter.

âSo what are the swear words, Aunt Ginger?â

And since youâre reading this post, youâre no better. While there are many expletives in China, many originating thousands of years before road rage on the Silk Road, the verbal equivalent of flipping one off is tÄmÄde. It’s pronounced the way Ella Fitzgerald made famous, tomahta. Listen here.

While swear words vary in pronunciation in the worldâs 6000 plus languages, verbal sewer falls in one of two buckets. Either, it relates to body functions or a heavenly deity damning you for mentioning that body function.
Other insults relate to the family treel. Take for instance, CÃ o nÇ zÇ zÅng shÃ­ bÄ dÃ i. While you may think itâs something on the Panda Express menu, itâs actually the Chinese insult that could get you deported. It means âf-bomb your ancestors to the 18th generation.â  So bite your tongue before saying that one. Then there are nice words sound like bad words and you donât know until itâs too late. Thank you or xie xie, is dangerously close to shÇ shÇ, which means what you think it means.

That reminds me way back when I started out in advertising and was recording a jingle for the now defunct brand, Fruity Marshmallow Krispies. This short lived brand was deemed by Andy Rooney as one of the worse cereals of all time. Maybe he was disappointed there was a free decoder ring inside of the box instead of eyebrow trimmers.

Anyway, we got so focused on the bongos and other islandy instruments in the music track that we failed to realize that the word shapes got garbled in the mix. The word shapes turned into well, tÄ mÄde.

Our ad agency discovered this mistake when Kelloggâs mailbox got flooded with thousands of letters from kids who didnât want profanity as part of their complete breakfast. But if you are wondering how to say Tomato as in what to put on your BLT, youâll say xÄ«hÃ³ngshÃ¬ Tomatoes literally translate into the red thing from the west, xi meaning west and hong meaning red.
And this word? Itâs amoxicillin. I bring it to the Chinese pharmacy when I needed some medicine. OK. Weâre all
grown ups. We know in China there are a few things you donât talk about.
Politics. Religion. Security guards smoking bongs.

But in this
land of strict rules, there is one off color topic thatâs given the green light
every time.

Talking about
la du zi (diarrhea) æèå­ is  as acceptable as talking about bootleg DVDs. You compare
crampy symptons and exchange remedies,  like
digesting local honey,  eating your weight in bananas to
the last resort, Tinidazole, which is a nuclear bomb to your intestines. Letâs back trakâor
butt track. If cleanliness is next to godliness, China is definitely an atheist
country. The entire country smells like that old refrigerator in your garage
that needs to be cleaned. According to chacha (the most reliable news source on
the internet), thereâs over ten billion germs for each person. Times that by
the billion plus people in China and you have over one trillion bugs floating around.
So even if I slather myself with Watsonâs hand  sanitizer (which claims to kill 99% of all bacteria)
thereâs still one million bugs left to cause havoc on my system.

So I’m doomed to get it and so is every other expat who doesn’t have an immune system of a cock roach.

We openly discuss what to do when la du zi strikes, each with our country’s unique remedy.
A Korean swears on rice porridge. A Texan pushes Gatorade.  An Irish swears off dairy.

Then I open my
mouth.

And it’s not a taboo idea. It’s a big one. Procter & Gamble can replace the girly logo and flowery scent with skulls and crossbones then rename them Shart Skins.

You could introduce another product, too, called the Schmitten. You guessed it. It’s a disposable Ove Glove for the back door.

Below are a few other phrases of pin yin pooh talk, used mostly for insults.