âClose your eyes, David. I see two Sunny side up eggs frying in the sun. â

âI know. I guess I forgot to tell my mom about the topless beaches.â
Nude beaches, legal prostitution and gourmet brown bag lunches. Just a few minor details that my nephew left out of his letters home from his term studying abroad. 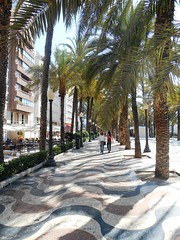 I stopped to visit David in Alicante, on my way home from the flipside. This hoity toity resort town is on the Mediterranean, about a two hour train from Madrid and light years from what I imagined his âgrueling term abroadâ to be. 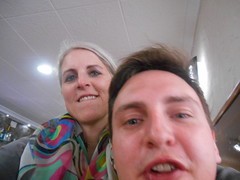 We consumed all five of the Spanish food groups; wine, ham, sausage, seafood and olives. The tapas were insane, including things not featured in a college dorm cafeteria. 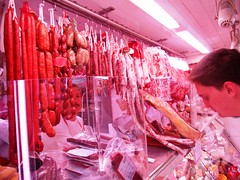 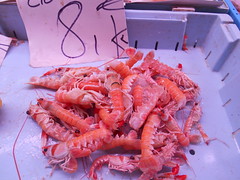 And that famous Spanish ham. 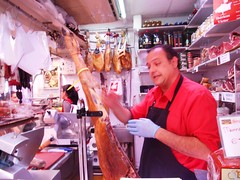 The good stuff is from a wild black footed pig that only dines on acorns. I ate until my stomach cried uncle. So I guess foods can be foodies, too. 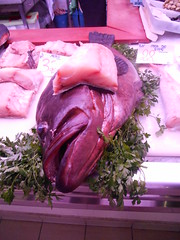 Yes, there was a lot of fresh fish pulled in from the Mediterranean. 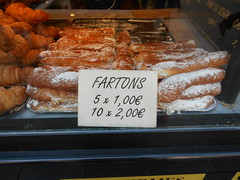 But to my nephew, itâs peanut butter and jelly. No Kraft mac and cheese from the blue box. He gets home made paella every Tuesday and lunches packed by his host mother with chorizo .

Instead of climbing up to the tenth century castle, we did the college thing: we drank beer. 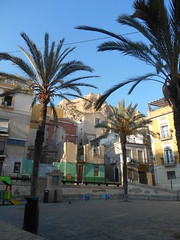 Then afterwards, we repented at the smallest church in Spain. 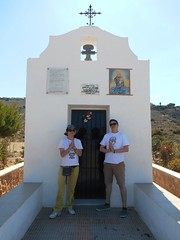 As for Chinese food? 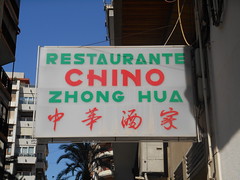